Lessons from Avi and Sheela 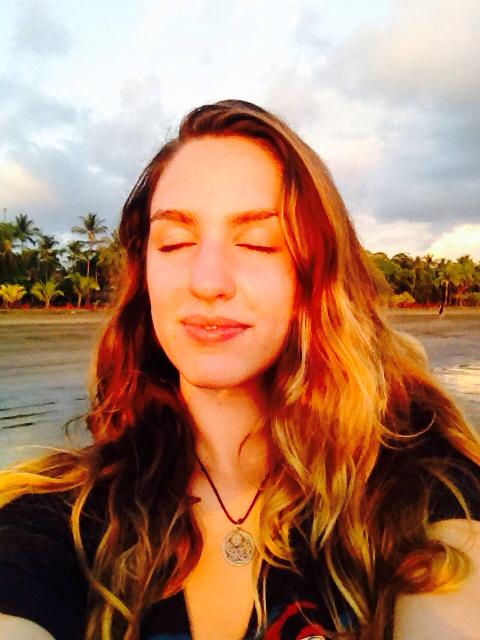 I returned to the U.S. to visit family and friends for the holidays: New York, Michigan, and Iowa. I moved around lot, conducted a yoga program in my home town, and talked to some High School World History students about how Hinduism and Buddhism shaped India’s history. It was an early honor to bring home what I’ve learned since living in India. When I returned to the airport for my return flight I discovered that the flight was cancelled because of fog in Delhi. But even if it had taken off as scheduled, there was no seat on it for me as my ticket had not been confirmed by my travel agent in India – an “administrative oversight.”

I returned to my daughter’s apartment in New York City to rebook my flight for three days later, and to wonder about mistakes such as these. I think all too often, in my past, I have felt like the victim of the circumstances of other people’s decisions. But something was different this time – I was not irritated at all. I was very happy to be with my daughter. And for the next four days we talked, cooked, laughed, went to the theatre and restaurants, window shopped and poked around vintage boutiques. The weather was lovely, and everyone in the city seemed to be joyful – a real departure from my days in the village in the mid 80’s.

On the eve of my new flight, my daughter was also preparing for a vacation to Costa Rica with her boyfriend, and she was scared. Our last discussion was about venturing out into the world with a balance of curiosity and caution. At 21 she is ready to graduate college and begin exploring the world to find her place in it. This will require many small risks, and perhaps a few big ones. It’s difficult to speak with a young woman with her whole life ahead of her about the whole life ahead of her – it’s all smoke and mirrors when you try to put words to it. But a one week vacation alone, without the parents, is the perfect landscape to see your own potential from a vantage point inside your own skin, like a new fern leaf willing itself to unfurl in the mist.

My move to India wasn’t as abrupt as it seemed at first to my daughter. By the time I hopped continents, I had already accomplished the necessary skills by moving my family around the country five times. Each time I’m sure I was frustrated, fatigued, and worried I’d forget some important detail. But in hindsight, I understand that life provides each of us many opportunities for change and transition. And after a few, we grow more comfortable with the chaos in the gray spaces between then and now, now and tomorrow. I wish this for my daughter as she wings her way to freedom, that she learn while she is young that the only real fear she should take seriously while attracting her future, is a false instinct to migrate toward security. The currency of our willpower is always Freedom – the most honorable form of rebellion.

So it turns out there truly aren’t any mistakes. I won’t go as far as thanking my travel agent for the oversight, but I am very grateful to the universe for arranging these important moments alone with my daughter before she graduates in the spring. The next time I see her this summer, I believe she will be sporting a brand new pair of wings, custom made. 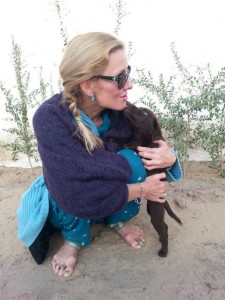 I finally arrived at the ashram, to the loving arms of my Indian family, and a thousand kisses from my new puppy! Her name is Susheela but we call her Sheela which in Pali, the language of the Buddha, means virtue, or right conduct. She may grow into the name in her older years! We walk to perimeter of the ashram every day smelling new things and getting ready for her leash training. She has grown so much in just the few days I’ve known her. Before I know it, will awake to a grown dog who wants to run and fly away, taking her own risks. Every moment she is growing, and as I watch her I remember to appreciate and love, but not to bind and control. The lessons of ‘detachment’ that come to us from Hindu and Buddhist sages alike are some of the most difficult in a world filled with love. Sheela likes to sit in my coat pocket as much as I like to have her there…..if only for a few more days.