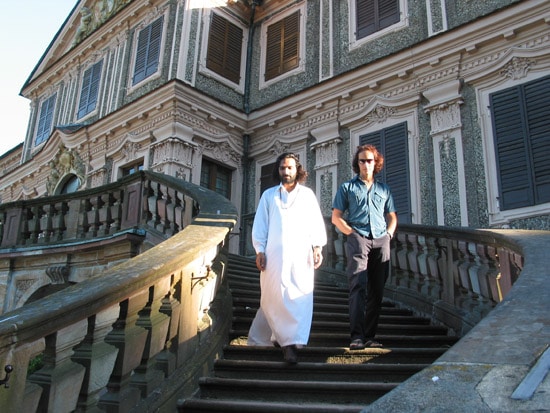 Many people complain to me that they love coming to yoga classes, but they find it impossible to focus their mind enough to continue the practice alone at home. If you also feel this way, there can be no better way to overcome this temporary obstacle than cultivating mindfulness. This is a necessary prerequisite for meditation. Meditation experiences evolve along a spectrum, ranging from an arduous struggle with a technique to deep transpersonal states, where all dualities dissolve. Perhaps the very first step for anyone who has resolved to practise meditation is to cultivate mindfulness.

Originating in the Pali term sati and in its Sanskrit counterpart smá¹›ti, “mindfulness” is a Buddhist term. It can been described as “the intentional, accepting and non-judgmental focus of one’s attention on the emotions, thoughts and sensations occurring in the present moment”. The special quality of mindfulness is that it is not directed toward getting us to be different from how we already are. Instead, it helps us become aware of what is already true moment by moment.

An essential element of Buddhist practice, including Vipassana, mindfulness practice is employed in psychology to alleviate a variety of mental and physical conditions, including obsessive-compulsive disorder, anxiety, and in the prevention of relapse in depression and drug addiction. It has been adopted as an approach for increasing awareness and responding skillfully to mental processes that contribute to cognitive vulnerability and emotional distress.

Of course, in many situations we are unconsciously “mindful”, as it can mean simply giving our attention to a particular activity, whether it be writing a letter, watching TV, listening to our favourite song, or making love. These are all pleasurable activities. But actually mindfulness has come to mean something beyond that. It means whatever we are doing, to bring our full awareness, our full attention to that activity, in a conscious, non-judgemental way. If distracting thoughts arise, being consciously aware of those thoughts, gently letting those thoughts flow past, and bringing the awareness back to the task in hand, whether it be an activity which happens to be pleasurable, neutral or even unpleasant. Rather than struggling to escape from experiences we find difficult, we practice being able to be with them.

I was first introduced to mindfulness as a conscious practice several years ago, while visiting the holy city of Varanasi. The purpose of my trip there was to meet Sunil Kumar, the person who was later to become my main yoga teacher and a great friend. Anyone who has ever visited Varanasi will describe it as an incredibly chaotic place, crowded with people going about their business, be it sacred or profane, along a veritable maze of medieval alleyways. The 5 senses are bombarded with sensory input in Varanasi. Sounds: the cries of the merchants, selling anything from yoghurt (“dahiiii!”) to undergarments, the street cows and the street dogs, the chanting of the funeral processions on their way to the cremation place, the often ear-splitting honking horns of the motorcycles and mopeds boisterously forcing their way through the crowded narrowness, the murmur of the masses of people always in the background from early morning to late evening. Sights: the ancient architecture is a backdrop to a myriad of colour, from women’s saris to posters for the latest Bollywood flick, and always the faces of the people who flock to this place from throughout the globe. Touch: the pavement, often ancient flagstones tending not only to be uneven but often smeared with a soft slippery squelchiness deposited by a passing street cow. Add to that the occasional unavoidable jostling with fellow passers-by, not only of the human kind. Scent: a category of its own in Varanasi, something as archetypal to this city as romance is to Paris or skyscrapers to New York, indescribable to anyone who has never been there. And then we come to taste: the old name of the city, “Benares”, actually means “tasteless”, but of course there are many culinary delights to sample. As far as street food goes, they claim to have the best pani puri in India, a round, hollow, crispy deep-fried bread, filled with a mixture of flavoured water, tamarind chutney, chilli, chaat masala spice mix, potato, onion and chickpeas.

So if you can practise mindfulness in Varanasi you can practise it anywhere. Once I finally found Sunil’s yoga centre in the heart of the Old City, he immediately took me back out again into the streets of Varanasi; he had invited me for a freshly squeezed fruit juice at his favourite juice bar. On the way, I got my first yoga lesson from him, a lesson in mindfulness. Mindful walking to be precise.

The practice of mindful walking

Consciously putting one foot in front of the other, become aware of the sensation of the foot making contact with and lifting off the ground again. Be aware of the texture of the ground you are walking on, whether it be an even road or an uneven forest floor.

Then along with awareness of the sensations of the feet, become aware of the breath: inhalation 3 steps, exhalation 3 steps. So you are just recognising: this is an in-breath, this is an out-breath, I am walking, and I am breathing in time with my steps, and I am counting, 1, 2, 3, 1, 2, 3. If any thoughts try to intrude, bring the awareness back to the sensation of the foot and the rhythm of the breath. Don’t force your pace or breathing. Enjoy walking. Enjoy breathing. Sustain your awareness, follow your in-breath, all the way from beginning to end. Follow your out-breath, all the way from beginning to end. Why not try it yourself? Your first step to meditation!

Simon discovered yoga on his first trip to India in 1987. In 1996 he completed 3 months of yoga training in Varanasi. In 2000 he completed an intensive year of study at the Bihar Yoga Bharati (Yoga University and Ashram), participating in the Yoga Psychology MSc (Master of Science) course. In 2003 he took the plunge and made yoga his sole source of income. Since then he has given courses, workshops and seminars as a professional yoga trainer, specializing in Indian hatha yoga, yoga therapy, meditation and yoga nidra. He has been training yoga teachers since 2004, and leads international retreats in Portugal and India. To take part in his annual pilgrimage to Rajasthan, contact him at:simonpyogi@yahoo.com; +49-174-7947729;
www.facebook.com/pages/Simonpyogi/231339610400674

Yoga aspirants – Do you have a question for our veteran yoga teachers? Leave it here in the comments section, along with your state & country of residence and we’ll publish an answer.

Veteran yoga teachers – Want to write for Yoga Self Help? Download our publishing guidelines to learn how to contribute to the global yoga movement while improving your ability to communicate the values and journey of the yoga path. Publishing Guidelines