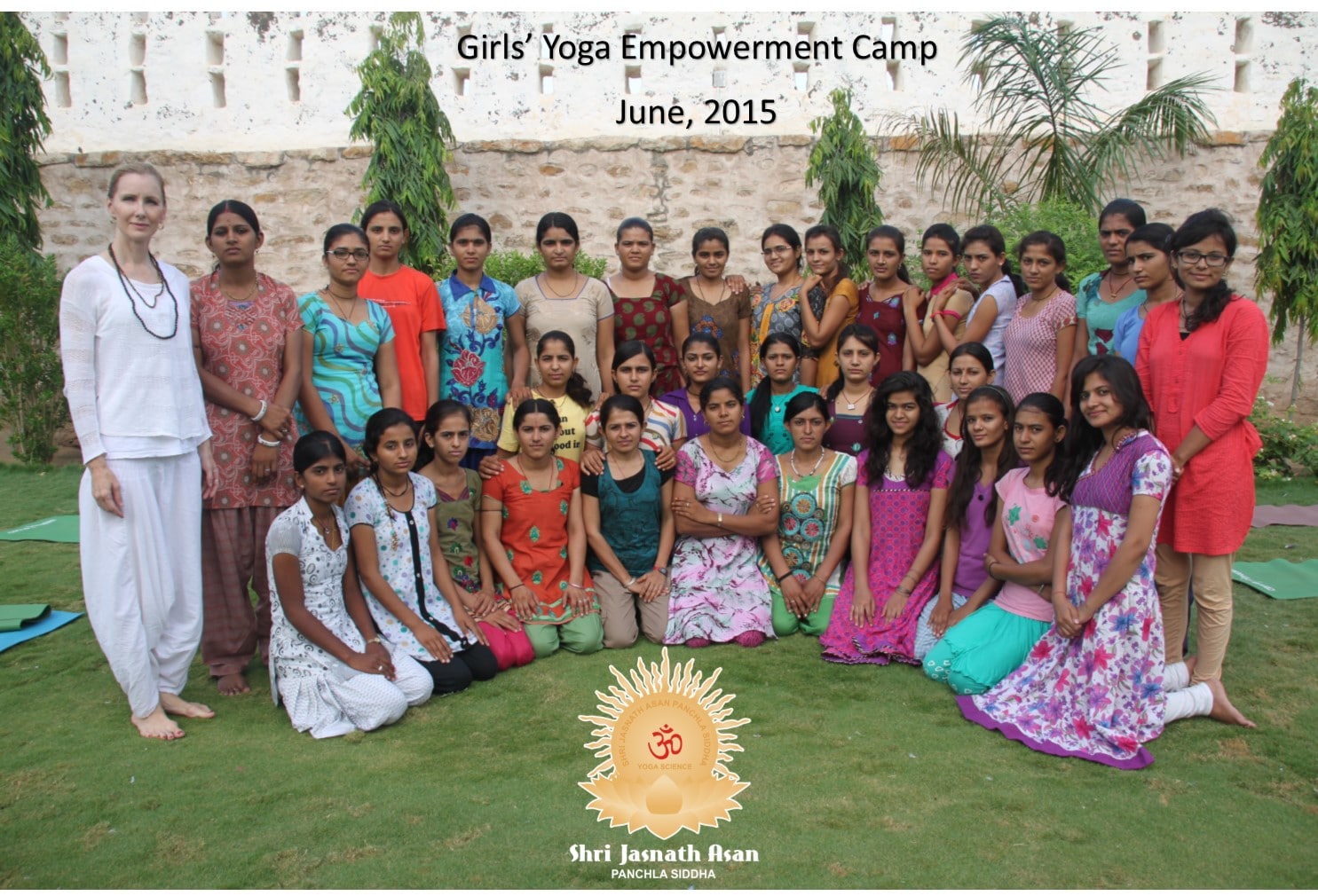 “If Society will not admit of woman’s free development, then society must be remodeled.” Elizabeth Blackwell

I’m not the first idealist to arrive in India convinced that its women are getting the shady end of the deal, in need of some western-style liberation to even out the playing field. And I won’t be the last to have her hopes dashed by armies of parents defending their social system as the best protection for their daughters. I am referring specifically to child marriage. Though it is illegal, and we speak in the villages vigorously against the custom, it is a common occurrence to witness parents arrive in our temple with very young children bedecked in wedding attire. Vows spoken and rituals complete, their stress is eased. The children will continue to mature in their respective homes, immune from the bridal search that cripples many family blood lines. (Bride abduction is also commonplace in northwest India.) And when the girl is “of age” she will move with her dowry of cash and gifts (also illegal) to the home of her young husband, and begin her domestic responsibilities under the guidance of the mother-in-law. Some brides are reminded regularly of their responsibility to bear a male child.

Nothing in this life track requires the girl to attend to or complete her education. Consider these statistics:
“¢ 50% of the female population of India is married before age 18 (legal marriage age), Pakistan is 21%
“¢ 2 million female babies are murdered at birth every year, leaving 940 girls for every 1000 boys
“¢ 35% of women are illiterate
“¢ 80% of women don’t work outside the home
“¢ Only 12% of government seats are occupied by women (20% in US, 50% in Belgium)

You can imagine how this system welcomes abuses, not the least of which is a pervasive loss of autonomy for women. So when our Girls Yoga Empowerment Camp launched last summer, I met two types of campers. The majority had been very oppressed since a young age and there was no light left in their eyes, no voice from their throats. Only a few girls stood out, coming from homes which allowed a freer development of personality and ambition. So every lecture and activity in our campwas delivered with the trepidation of a negotiator, every word censored through a veil of emancipator, and restrained by the protective mother in me.

At that time I didn’t know the program would continue annually, so I was a little impatient for results. My father had conducted his missionary work in eastern India so I had been warned that though the Indian girls seem congenial and accepting, they perhaps had no intentions of bucking the system into which their families had carefully groomed them. Girls fear being left behind, alone and unwed ““ outside the Purushartha – the pillars of life’s accomplishments. (Read “˜The Importance of Marriage’). This is not what I wanted to teach them- to purposefully disrupt the foundation that their families held true and sacred. As a spiritual aspirant and empiricist, I was in India to honor their culture and traditions, to grow and contribute as the work came to me.

The middle path is always the best way for change, not too much or too little, not too fast or too slow. So I took a closer look at how the system came to be and why it worked. India’s divorce rate is 1.1% compared with 46% in the U.S. That’s not to say there isn’t any domestic violence in all those successful Indian marriages ““ it’s epidemic with 134% increase in reports this year alone, mostly due to awareness of safety valves put in place in 2005 in the form of counseling, shelters and rehabilitation programs to educate and employ women after their divorce. Nonetheless, Parliament still will not declare it illegal to abuse your wife. According to the last family survey done by the government of India, more than 54% of men and 51% of women said it was okay for a man to beat his wife if she disrespected her in-laws, neglected her home or children, or even over something as trivial as putting less ““ or more ““ salt in the food.

I am not suggesting that all arranged couples develop disrespect, nor a deep love for each other, by default. I only suggest that other cultures take note of how the Indian culture ranks romantic love lower than filial or patriotic, in the attempt to prioritize what they understand is the pillar of society ““ the family unit. Speaking as an advocate now, perhaps creating a successful family is work best not left to young people, but more a complex maneuver undertaken by more spiritually and intellectually mature elders who are best acquainted with their own precious prodigy while at the same time, being guided by a distilled and responsible long term vision for the entire family. Therein lies the rub (for anyone charged with the future of another) ““ how to balance the needs of the organization with the will of the individual. I have mostly witnessed highly successful matches, individuals whose personal character and traits were so complimentary to the other that a “match made in heaven” was probable. I have also witnessed matches that separated early on, and very late, with one person barely tolerable to the other. I guess romance is unpredictable on every continent.

I’m not going to attempt a correlation between the autonomy and women’s rights we enjoy in the U.S. with our higher divorce rate, but I will propose that autonomy for Indian girls (from their male handlers) is not the solution that should be proposed by anyone originating from a culture so bruised by the ongoing feminist movement that no one knows which end is up in a relationship anymore.

I think a better approach can be found in prehistory. Our human attention span is so short that we consider the current situation to have very deep roots, yet in reality the dominator/dominated system in which we struggle globally today erupted only about the 5th millennium BC with the Aryans and other armed peripheral groups invading peoples on all continents. Study of communities and their objects before then, and 10,000 years more, revealed indisputable evidence that there existed a “social order in which women, first as heads of clans and priestesses and later on in other important roles, played a central part, and in which both men and women worked together in equal partnership for the common good”. (Riane Eisler, 1987). So if there is no evidence in these early societies that men dominated women, and also that women did not dominate men, I believe we can return to this type of society – the partnership model, with a great deal of remodeling and very little demolition. We can first move our framework of understanding toward households based on relationships without the implication of inferiority or superiority among its members, revealing the immense potential the female has in solving some of our self-inflicted imbalance.

Herein lies the uniqueness of our girls camps ““ we do not blame anyone for the system in which these girls are trying to survive or thrive, but engage everyone as ultimately complicit in its change, men and women alike. The first step for me was a tennis match. Truly, before the curriculum and the lectures comes role modeling. The first time I picked up the ball and threw it, the astonishment in the crowd was tasty fodder for this anthropology hobbyist. Guruji told me later that because the Indian is so perceptive (this is how they learn ““ they watch), my first lesson for the girls should be to just throw the ball, to run, laugh, play with my dog, and participate in any conversation to which I could offer my opinion. If they could see my fearlessness as more an expression of generic humanity, they might slowly feel the value of their spirit inching up their spines. That is exactly what happened.

This year, round two of the camp involved a lot more sports and laughing. After graduation, two girls re-re-enrolled in school, 2 were selected to lead next year’s children’s camps, and several contributed to International Day of Yoga in their villages with family and friends. These initiatives would have been out of reach for them without the two weeks of support, training, and encouragement they receive during camp. Who knows what next year’s camp will bring? I’ll be here and ready to learn. And if you’d like to participate somehow, drop me a line at shree@shrijasnathasan.org.