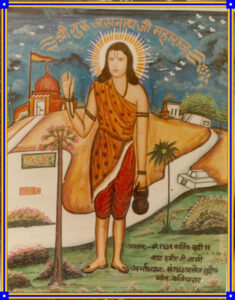 Highlights of His Profound Life

The founder of the ashram and spiritual tradition, Shri Jasnath, was born to a devout and virtuous Jat family at Katariasar, Bikaner in 1482 AD. Legend suggests he was protected by a lion and a snake at the time of birth. Jats are considered one of the thirty six royal races in India, and are credited bringing the river Ganges, the holiest river of Hindus, from Shiva’s matted locks to the north Indian plains. For a long time before his birth, his parents’ childlessness brought social ridicule. In those days, infertility was a stigma hardly tolerated. Shri Jasnath’s life was spent in the harsh, sandy region of Bikaner-Nagaur, devoid of dense trees and vegetation. The events of his life wasn’t documented for more than 150 years, but was passed on orally from one generation to the next. 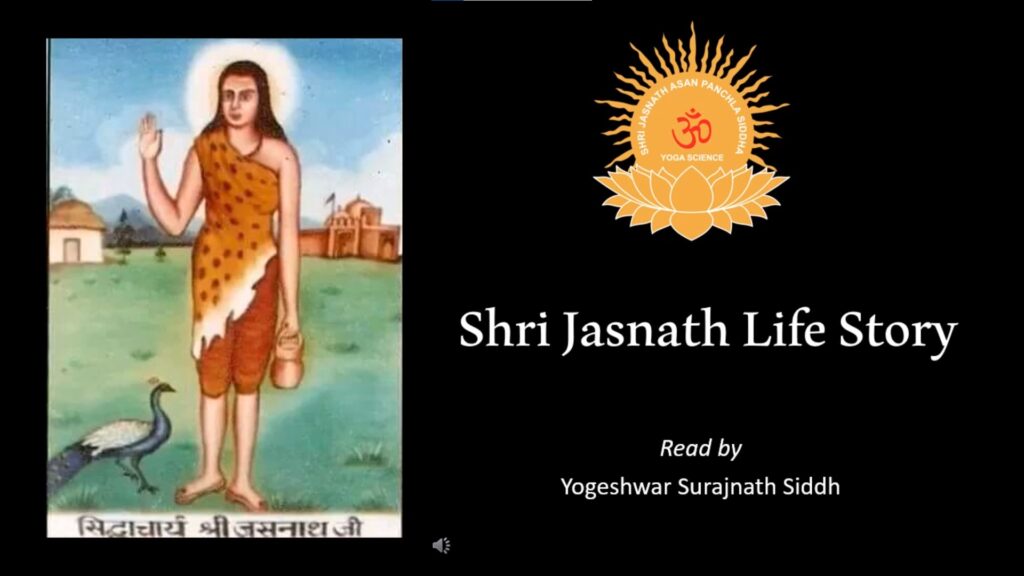 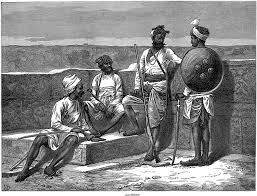 Sri Jasnath’s time was a turbulent and transitional period of India’s political and social history. Various races with archaic customs and degraded conduct were immigrating to India, mixing their blood with Indian races and corrupting cultural ideals and moral standards. Social standards were eroding in all sectors. Social and political infighting was widespread. Looting and plundering by Muslim rulers was common. Economy was at a standstill, because it was hard to put wealth to constructive use; “gaadyo dhan dharti mein raisi, ka koi katak kandhaare.” “Bury your wealth under the earth where it will be lost, but not stolen.” Landlords cruelly extracted their pound of flesh, and the orthodoxy of the priest class showed no signs of abating. Butchering of animals was rampant. Illiteracy was very high. People stubbornly carried on with their whims and fancies. Selfish and myopic interests divided one kingdom from another. Daughters were married off in exchange for money, and the life of a widow was extremely miserable.

Shri Jasnath descended as a savior and protector of living beings, to free them from clutches of this inhuman, atrocious treatment. As a child, signs of an evolved soul and psychic phenomena were readily apparent in him. He exhibited several miracles: a) drinking several litres of milk in one swallow; b) unharmed by fire though seated on burning coals; c) resolving and ending the fight between two large elephants; d) transforming salt into sugar. The tradition believes that an ardent practitioner of this faith may also be conferred with similar powers: gigantic appetite and digestion, immunity from afflictions caused by fire, fearlessness and tact to bring about peace between two large, warring parties, magical touch to turn the tables, converting a negative situation into a positive. 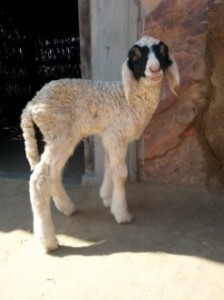 His immediate surroundings were teaming with cows, camels, sheep and goats. As a child he was very fond of them, and always showed kindness towards these gentle animals. At the age of twelve, while on the lookout for lost camels at Katariasar he met Shri Gorakhnath. Many believe that Shri Gorakhnath was an eternal sage watching over the welfare of humanity, in the ranks alongside Krishna, Buddha and 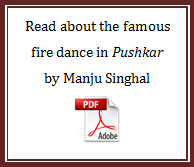 Patanjali. The disciple and Guru found each other apparently through sheer coincidence. Shri Gorakhnath initiated the young child into the spiritual sciences. When he pierced the child’s ear so that he could wear earrings, a stream of milk gushed forth instead of blood. He was surprised, and blessed the child with further psychic powers. They sat together under a Kherjari tree drinking water, having a meal, and talking. After this brief meeting, he vanished, and the young child didn’t feel like moving home. He planted his walking stick, which grew into a Jaal tree, beside which he adopted a steady posture in the sand dune and meditated continuously to imbibe his Guru’s teachings. In simple poetic verses, called ‘Shabad’, ‘Shimbhudhara’ and ‘Akhara’, he learned to preach the message of goodwill and harmony.

He pioneered a new style of music and dance called Jasnathani raga – slow, steady tunes which provide a deep, trance-like impact. Dancers to his popular Fire Dance spin in rhythmic, circular motions, inspired by persistently accelerating drum beats. On auspicious occasions such as Shivaratri, Janmashtami (Lord Krishna’s birthday), the sixth & seventh days of the full moon phase, or the months of Magha and Chaitra, groups come together to sing and dance until the early hours of morning in a “Ratri jagaran” or “Devotional Night Out.” At the time of their development, these new cultural expressions added to the charm of Rajasthan, as well as providing a vibratory means to the very necessary spiritual awakening of his time. 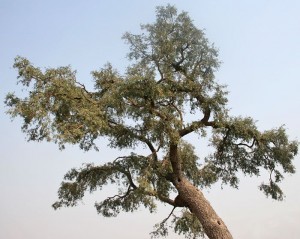 He inspired people to adopt best ecological practices, believing that trees have a spiritual vibration that supports the eco-system. Shri Jasnath laid great emphasis on planting of Jaal or desert grape trees, so much so that they are held in highest respect within the folds of this tradition. Jaal trees are the perfect antidote to the harshness of the desert. Laden with leaves they provide shadow, and aid in rainfall. On average, these trees endure more than a hundred oppressive summers in their long lifetime! 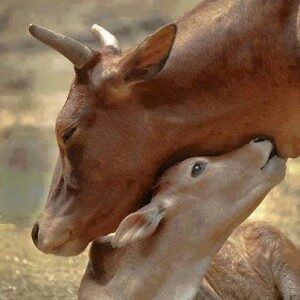 The Khejri tree is one of the few trees that can survive in the harsh desert. It produces lentil pods that are eaten fresh or dried, providing fiber and many minerals and vitamins. The leaves are a favorite of desert animals.

The Peepal tree is equally venerated. Almost all parts of the Peepal tree are used for medicinal purposes: bark, leaves, seeds, shoots. Its leaves serve as a wonderful laxative as well as healing tonic for the body. These leaves help to control the palpitation of heart, and thereby combat cardiac weakness. The tender leaves increase semen, and are useful in fevers.

Shri Jasnath encouraged small acts of kindness in his disciples such as feeding pigeons, cows, dogs etc. in order to inculcate compassion. He advocated Yajna (fire ceremonies in which medicinal plants, ghee and chants are offered to the lord) such as Laxmi-Narayan and Rudrabhishekam, Gayatri havan, to harmonize the interdependence between man and nature. It was at his behest that an ancient well dating back at least five thousand years was discovered at Katariasar. He prohibited the castration of bulls. He strongly condemned the butchering of cows and goats.

One morning, while he was busy in rapt prayer to Lord Sun, Shri Jasnath saw a large herd of sheep and goats. Some Muslim merchants had purchased the animals from adjoining villages, and were proceeding to Delhi after a night’s rest at Katariasar. He enquired of the merchants, “Where are these animals being taken to?” They responded sarcastically, “Heaven”. Shri Jasnath read their murderous intention, “Oh, you want to butcher these mute, innocent animals. Without God’s will, you can’t send them to heaven. Why heaven, I dare say it is not in your capacity to shepherd your flock even an inch from here”, he thundered.

The merchants applied every trick in their bag to persuade the flock to move, but to no avail. Not a single sheep moved. Then, the merchants irritatingly said, “What harm do we cause by killing sheep and goats? Nothing; our religion doesn’t prohibit it.”

Shri jasnath corrected, “By whose command do you kill cows and goats? God loves cows as mother loves its children. They graze in forests during the day, and give milk in evening. Milk nourishes life. Don’t think that cow or goat has no protection. The sun and moon care for them.”

The merchants vehemently justified their action, “Even Prophet Mohemmad did Halaal. Why not we?”

Shri Jasnath sympathetically explained, “Don’t fool around by associating your vile actions with Mohammad. You do not know him. He was a man of strikingly contrasted thoughts- a Halaal saint who sharply distinguished between proper and improper. The knife that he carried was neither made of iron nor of steel. He had offered Namaaz in court of Allah; with one lakh eighty thousand people. He was a straightforward man. If he killed something, he gave it new life too.”

The merchant group was not convinced. Shri Jasnath warned, “You will have to explain your slaughter in the court of Allah.” The entire flock of sheep and goat stayed back, and not even a single sheep or goat was packed off to the abattoirs in Delhi. 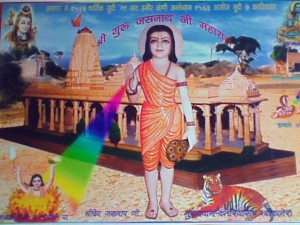 Shri Jasnath was also adept at removing diseases, albeit mysteriously.

A farmer in nearby village had a son, of whom he was extremely fond. But the son contracted a mysterious disease and his bodily strength persistently diminished, so much so that he could barely walk or stand upright. The villagers speculated that he was possessed by a frightful ghost. Though the farmer ran pillar to post, from one physician to another, the son’s deterioration continued.

To seek relief from the ailment, the farmer decided to visit Shri Jasnath, the adolescent ascetic, meditating in perfect posture on the golden sand dunes. On his way, a sturdy and stout warrior pompously boasted that he could evict the ghost with one quick whip. But when he tried, the farmer’s son clutched and held on tightly to the whip, the warrior’s perceived strength mockingly betrayed.

Bowing before the child ascetic, the farmer implored “Please cure my son.” Much to his pleasant surprise, the disease vanished in a few days. Shri Jasnath’s fame as a healer spread far and wide.

Shri Jasnath possessed prophetic powers as an alchemist, foreteller, and an influencer of long-term destiny. 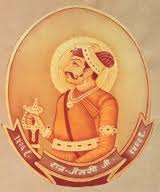 The kingdom of Bikaner was ruled by Rao Naroji. He had two younger brothers: Ghadsi and Lunakaran. One day, the two brothers and some of their friends decided to meet and greet the saint. While the youngest brother Lunakaran was awestruck upon hearing of the saint’s miracles, the elder brother Ghadsi harbored vicious and malignant feelings. When their chariots neared Bikaner, the horses halted and refused to move further. The group walked to offer their obeisance.

The moment Lunakaran bowed in front of the ascetic, Shri Jasnath exclaimed, “Welcome, Bikaner king.” Lunakaran’s elder brother was consumed with a fire of jealousy at this greeting and bold statement. To express his discontent with the saint’s choice of leader, Ghadsi coarsely presented a purse of coins, half genuine and half fake. Arrogant in the belief that his cunning behavior would go undetected, he started laughing loudly. The saint remarked to his disciple Haroji, “Hara re Hara das khota das khara! Khot to khotora me parsi raj Bikano Lunoji karsi!” “Half the coins in your purse are fake; cunning will boomerang, and by God’s will, Lunakaran will rule Bikaner.”

Within six months, Rao Naroji suddenly passed away. And lo, the kingdom decided to put the more able, responsible, and ethical Lunakaran in the vacant seat! His faith in the master Shri Jasnath deepened, and he asked, “How many years will our family rule the kingdom of Bikaner?” The master replied, “Three hundred and fifty years, your family will rule the kingdom. Thereafter, you will be subjugated under foreign rule. These foreigners will come from west, and profit from trade. They will excel in ocean navigation, communication and technology.” 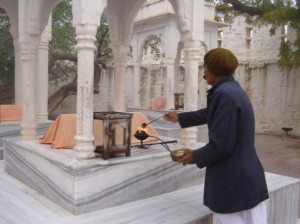 Shri Jasnath left his mortal body when he was twenty four years old. In his short life he came to deliver the 36 Disciplines, the foundation of the spiritual movement, now published in the holy book Sabad Garanth. These dharma cover: peace, love, non violence, literacy, systematized human life, meditation, stabilized and cultured society for well being. He had discussed and finalized the date of worldly exit beforehand with Shri Haroji, his favorite disciple. On the chosen day, Aaswin Shukla Saptami Shukravar entered mahasamadhi (consciously and intentionally leaving one’s body at the time of enlightenment.)

Today the Nath community is located mainly in and around the Bikaner Division of Rajasthan. They have high social morals and live simple life farming and doing field workers. They are socially, economically and educationally backward, with very few of them taking government posts. They have their own culture and traditions, focusing on the irrevocable bond between man and nature. They number 6-700,00 in India, with many more in neighboring countries and abroad.